Questions to Ask Before You Write a Book

Who is your story about? And why it matters.

You don’t have to be a massive plotter to write a story. You can be a pantser (do it as you go) writer, too. Here’s the thing, people who know the answers to these questions don’t get stuck in the middle as often. So many people start the process of writing a book, but then aren’t sure where to go. When you know who your story is about, what they want, the general premise, etc, you’ll have a solid idea of your path. Create a story block-by-block, step-by-step, and take the guesswork out of it.

Know who your story is about, and why.

Who is your story about?

Seems simple enough, right? Nope. There’s more to it than randomly picking a name, age, and appearance. You might have an image in mind, but you need to dig deeper. What are their values? What do they want out of life? Why have they settled? What influenced them to believe they have a flaw or fault? What story do you want to tell? Who is the story’s focus? If you’re telling a story about war, a child’s perspective is different than an adults. See why it matters?

Why this character and not another?

This is an important idea I want you to grasp. It should be vital in your story that your character isn’t interchangeable. If you’re writing the story of a 12-year old boy who is trying to escape a bully’s torment, if you could change that story to a 15-year old girl without changing anything else, you’re not being specific enough about your choice. Know why you chose your character.

Thought to ponder: A person who lives in the city will see the rural countryside different than a person who lives there. Think of the different sounds, smells, and views! A divorced woman may look at love differently than a newlywed. See what I mean? Telling a story from that divorced woman’s point of view will be a very different story than from a newlywed’s point of view. How your character reacts, responds, lives…they all impact the bottom line.

Wants and Needs of a Character

What does your character want?

This is one of the most crucial pieces of your story. Without knowing this, you’re going to simply sit and spin your wheels. Your entire book will be based around this path. It needs to be important. Simply wanting to get to work, isn’t big enough. On the other hand, if there’s somebody threatening your wife at your workplace or your child is in danger, getting to work is suddenly more important. In a romance, falling in love is the goal, but what do they have to overcome. They need to want something…something like overcoming their crippling anxiety to meet new people, or believing they aren’t lovable.

Knowing why they want it is key.

What do they want? It should be measurable. Something that will be obvious to your reader. Just like the examples given above, it comes down to the reasoning. What do they want? Why do they want it? Make it important, or your story will be lackluster.

Why do they want this? It should be crucial to the story. If it’s not, think of something stronger. It won’t carry you through to the end. This is a biggie. Then start thinking about why they haven’t gotten it yet. What or who is stopping them?

Use this simple statement to help.

What about Setting? Where does your story take place?

Find a full-length, in depth article about setting here. Story settings are more important than you think, even if you aren’t writing a tricked out fantasy or sci-fi novel.

It talks about finding the right balance of details, along with adding in visceral reactions to bring your setting to life. I discuss metaphors along with time lines and geography. You’ll want to check it out when you finish here.

More Questions to Consider when Planning How to Write a Book

Here are a couple more questions for you to think about:

Let’s talk about endings, because a satisfying ending is crucial.

It’s how you’ll get your reader to buy your next book — if you ended it on the right note.

Let me give you a tip. Spell things out. (Deep sigh. Yeah, it’s a lesson that sticks with me. Don’t make the mistake that I did.)

People thought my book was a fun, awesome read. It was laugh-out-loud funny, all words I loved to hear. How did I know? Reviews. Big, fat, public reviews on Amazon. And then I saw the other piece of the equation.

Lackluster ending. UGH. The words were there in black and white, and I couldn’t hide from them. Disappointed in the ending. Rushed ending.

Here’s the problem. I was wrapped around my needs, not thinking of the readers as I finished the story. I liked how my story ended. I got it.

I implied the next bit… IMPLIED. Never again. I will spell it out. I was able to go back in (yeah for digital fixes) and adjust my ending. Phew! Better reviews came after that. Lesson learned. Readers get the last say. Here’s the thing, you’re familiar with all the ins and outs of your story. You’re living it as you write, you know your characters better than anybody. It’s easy to gloss over little bits when you’re ten feet deep in character, words, and writing stories. The readers get the finished product, but don’t know all the tiny bits you don’t add to your manuscript. That’s in your head, not theirs. 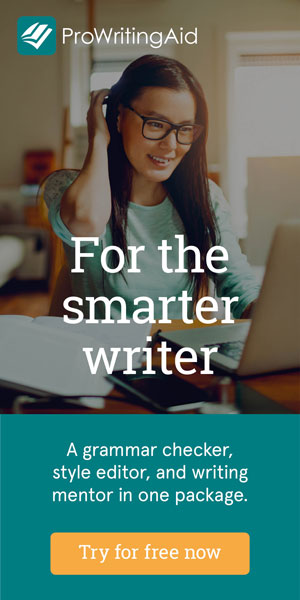 Just like if you’re writing a murder mystery, it’s not enough to simply name the predator at the end, people want to see justice served. Learning who the bad guy is satisfies part of the equation, but seeing the bad guy get what’s coming to him is what gives your reader closure.

Tie things up in a neat package. No dangling threads… unless you’re writing a serial, but that’s something completely different. Cliffhangers aren’t your concern right now, especially writing your first book. Sure, end chapters on a cliffhanger if you want, but don’t leave readers in the lurch at the end, unless you want a slew of not so happy reviews on your book.

In a suspense novel I wrote, I got a review that said, the book was okay, but man, that ending was totally worth it. That’s the part they remember. I nailed it that time.

Let me mention a bit more about reviews in case you choose to publish your book. This is how it goes…

Once you’re live and your book is live, people comment and review good or bad. Reviews are for readers. They are signals that tell other readers what they might like or not like about a particular book.

They can be rewarding to read, and soul-crushing at times. This is important and easy to remember: 50% of the people will love your book. 50% won’t like it. Those who don’t like it, they aren’t your audience. Find your audience, nurture them, and know that they love what you’re doing. The others, let them move on and find their favorite authors. It’s not you, but you don’t want people reading and reviewing your books if they’re not into your style of writing or voice. And yes, after a while, you don’t obsess over those reviews, and you keep focusing on your craft. Do what you do best. Write.

Flaws and Fears – Building a Character

We know who are book is about, and what they want by this point. You’ve thought about your character’s goals and know that it has to be big and important to them for it to matter.

Let’s tackle something that might seem obvious, but is often overlooked. A character should have flaws and fears. When you make your character perfect, they take on a mannequin type vibe. People have trouble attaching to your character and relating to them.

Imperfections are a human trait we all share. Those little quirks and mannerisms, along with our thoughts shape us into who we are. If your character never fails when they try to do something, you can’t show growth through the course of the story. Story is about change. Taking a character from point A to point B – either physically through a challenging journey or emotionally through ups and downs.

When we talk about flaws and fears, they are two different things. Flaws tend to form from something that happened to them in the past and caused them to form opinions and thoughts about who they are or the world around them.

Maybe their wife cheated on them and now they don’t trust women. Maybe her father left the family when she was young and she lives with abandonment issues. Each of these things shapes how a character looks at the world. It’s their unique point of view.

If your character grew up in poverty, they may resent those who didn’t and went to seek vengeance via anger. Or, maybe growing up in poverty drove them to want the best education possible to change their situation. Each character will react differently based on who they are. Take any situation and you can develop your story based on your needs.

Maybe your character was handed everything on a silver platter and doesn’t understand value, including people. Or they could have the opposite reaction, resenting the money and what it represents, and wanting to give back to society through charitable causes and volunteering. The point being that regardless, the past has shaped them.

The flaw could be physical, a limp from a war injury, that leaves them feeling imperfect and thinking nobody could love them. It could be a character struggling with mental illness and assuming that everyone has prejudged them, causing them to build a wall around themselves for self-protection.

Let’s Look at a Character’s Fears

Fears are similar to flaws, but tend to play out differently. Often, something happened to a character in the past, and they fear it will happen again. They are focused on the future–not the past. If I do this, I might experience this pain that I felt in the past, and I’ll do anything to avoid that pain.

Flaws tend to have the character shaped, and unchanging. Worried about the here and now. Fears look beyond where they are, and point to what could happen because of their views.

I can’t love her, because she will end up hurting me, just like my ex-wife did. We used this similar example above. Let’s tear it down. The flaw is the lack of trust, and that shows in how they see the world. It will touch all aspects of their life — not just in a relationship, but it could also touch their work relationships, making your character wary of everybody. Maybe everybody is lying. Their guard is up. They don’t want to look like a fool again. This is the fear. The flaw is the lack of trust that causes them to act a certain way, to avoid the fear — looking like a fool.

When it comes to flaws (sometimes called faults) and fears, think about the path your character will travel. Give them depth, and allow their imperfections to shine. That’s what truly makes your character somebody your reader can cheer for.

Want to get writing tips and resources sent to you? Join my newsletter today. Click the box below.

PRIVACY: This site uses cookies. No personal information is collected. Only NON-PERSONAL stats such as how many people visited this website are collected. For more details, please scroll to the bottom of the page for a full version of our privacy policy.